Sahrawi journalists under the spotlight of the Makhzen: Haissan Mahmud arrested and imprisoned in the Black Prison | WSHRW

On Thursday, July 2, the Saharawi journalist Haissan Mahmoud was arrested at dawn by Moroccan police officers

who were waiting for him in front of his home. On July 1, TVRASD had published a video of a peaceful popular demonstration in occupied Laayoune in which the journalist appeared.

Sahrawi sources on the site confirmed that they had seen El Haissan cover the demonstration organized on Tan Tan Street to joyfully celebrate the Algerian team’s sporting record in the soccer World Cup in Brazil.
According to his relatives, the Saharawi journalist Haissan was taken to the general police department for questioning, and the next day he was presented in front of the prosecutor with charges of “blocking traffic and attacking the forces of order.”
On Saturday afternoon, July 5, defense lawyers reported after their meeting with El Haissan that they had seen well visible signs of torture on the body of the detainee. The Haissan told them on the other hand that he had been intimidated and threatened by the king’s attorney who gave the order to transfer him to the Black Prison.

The militants of the intifada and in particular journalists are regularly and increasingly the target of the Moroccan occupation authorities, who react by repression to the objective and mediatized testimonies of their execution against the Sahrawi civilian population in the occupied territories. If we look back at the last four years, after the dismantling of Gdaim Izik, numerous journalists have been imprisoned, injured in such a way as to take away their physical disability, intimidated by violence or stripped of their professional materials.

On December 5, 2010, the occupation authorities arrested journalists Bashir Jadda and Hassan Dah from the Equipo Media group, who were sentenced after two years of preventive detention to 30 and 20 years in prison. On December 8, 2010, Media Team journalists Hayat Rguibi and Nguia El Haouasi were detained at the occupied El Aaiún airport while leaving for South Africa. They were imprisoned and spent more than six months in the Black Prison of El Aaiún without trial. On December 24, Jatar Mraizig and Mohamed Ali Sidzein, two journalists from Equipo Media, detained in Casablanca then transferred to El Aaiún, spent more than eight months in the Black Prison without trial, likewise.

Hassana Alya, a journalist for Equipo Media, arrested in January 2011 by the Moroccan police, was released after three days of interrogation in provisional detention. However, the Moroccan authorities issued an arrest warrant against him when he was in Spain for his journalistic activities, tried him in absentia with the Akdeim Izik group and sentenced him to life imprisonment. Since then, he has remained in Spain and cannot return to Western Sahara.

On February 11, 2014, Sahrawi journalists Sidi Sbai, Bouamoud Bashir, Jamour Mohamed and Tobali Hafed from the independent media organization were detained at the northern checkpoint of Sidi Ifni, a city in southern Morocco. They were sentenced to prison for 4 to 6 months.

On September 29, 2013, Ms. Ataf Husseini, a journalist from Equipo Media, was attacked for the second time in 6 months by the Moroccan police, who broke her arm. In addition to the costly prejudice necessary for the operation in Agadir, she was unable to work for several months.

For 4 years, 13 Sahrawi journalists were deprived of their work tools; photo and video camera, recording device and cars were confiscated or damaged without compensation by the Moroccan police. They are journalists from EM, TVRASD, Radio Maizirat and Centro Saharaui de Media y Comunicación.
30 journalists from these teams have been beaten and seriously injured, but fortunately without fractures.

The arbitrary arrests, intimidation, and aggressions of Sahrawi journalists by the Moroccan occupation authorities are violations of freedom of expression and freedom of the press, completely contrary to the values ​​affirmed by the Moroccan regime and international rights. Team Media and WSHRW stand in solidarity with RASDTV, which is demanding the release of its journalist Haissan Mahmoud.

New crime of the Moroccan Army of occupation in the wall of Western SaharaMay 4, 2021

SPECIAL COMMISSION ON DECOLONIZATION: Frente POLISARIO is the only representative of the people of Western Sahara May 4, 2021 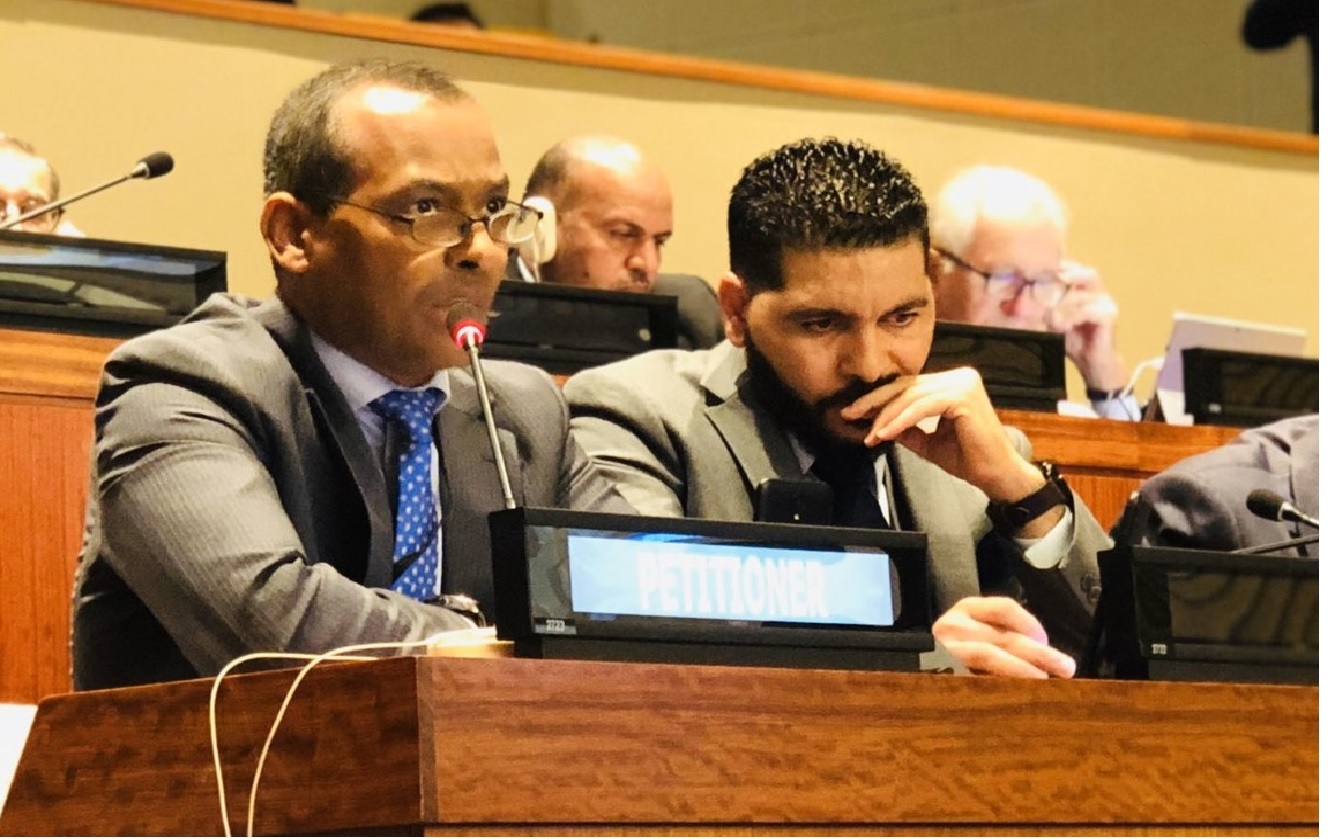